Strategy // Focus on the Issues

The New Media Firm executed the strategic messaging and produced creative for television and digital platforms on Danica’s campaign. Danica wanted to focus on everyday issues that mattered to the constituents of HD-13. Easing traffic and the commutes of residents on Route 28, limiting large power line installations and improving teacher pay were among the core message points of this campaign.

Danica stayed focused on everyday issues, such as the traffic on Route 28, and rose above the attacks from her opponent.-

We produced the web video, “Inspire” to give transgender people a voice and show that they can succeed because of who they are, not despite it. This web video was picked up by many news outlets, LGBTQ organizations and helped increase Danica’s name ID and gave an inspirational message to the community.

Digital // Reaching Voters When It Matters Most

The digital campaign targeted two distinct groups: constituents on the east side of Prince William County and constituents on the west side. The goal of this strategy was to reach out to voters when they were most likely to experience the day to day issues in the district. We produced a Pandora ad discussing the gridlock on Route 28 and how Danica would work to fix it, and then targeted that ad to voters on the east side, stuck in traffic on their commutes, while speaking directly to their frustrations. 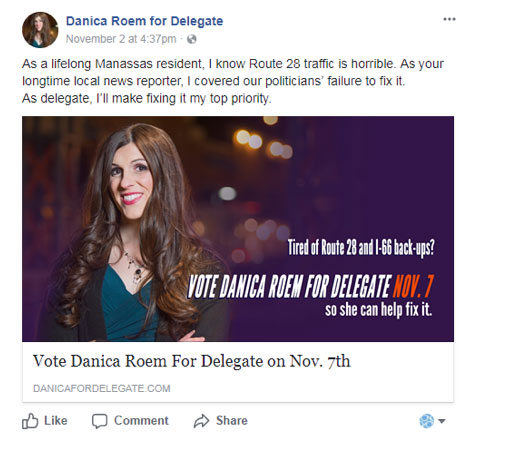 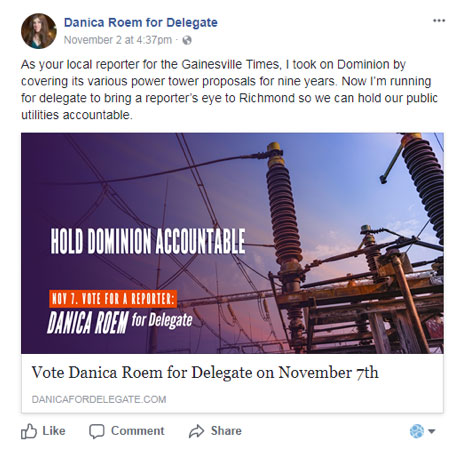 The New Media Firm strives to bring change through progressive candidates and causes. Danica Roem is the embodiment of the progressive future and her successful campaign made her the first openly transgender delegate in the state of Virginia.